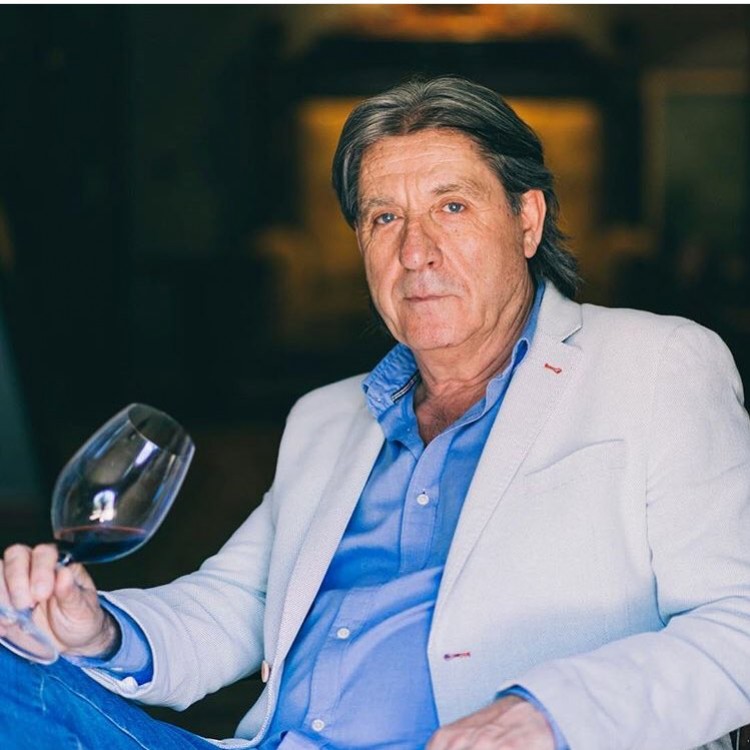 Today we inaugurate a new content space in Enjoy Wine, the "Winemaker of the month", a project in which, through talks with producers, professionals and friends of Enjoy in general, we will learn about some of the most exciting wine projects of the moment.

We will start with one of the most influential winemakers in Catalonia in recent years, Pionero del Priorat who, together with his wife, the oenologist Mariona Jarque, with their work were able to put a hitherto forgotten Region on the map, we are talking about Carles Pastrana , owner and founder of Costes del Siurana, known worldwide for its Clos de l'Obac wine.

Good afternoon Carles, to put ourselves in context a bit, it is important to remember that despite the fact that wine has been made in Priorat for hundreds of years, it was not until the 1980s that quality wine began to be made.

Q:How did you decide to undertake a project in Priorat with the little prestige that the region had at that time? How did you live those first years?

A:That's a good story: At the end of the seventies (78-79?), I had returned from the USA (a new, open, advanced society full of opportunities) trying again to fit in with what the Tarragona of the 70s. In those days, and before I left for the USA, an old friend from the neighborhood and childhood games had reappeared in Tarragona, René Barbier, with whom we had been neighbors when we were children, and with whom many years we had lost track. Well, then, from that fortuitous meeting, both I and, later, my wife Mariona, established a sincere and intimate relationship of friendship with him and his wife Isabelle.

In those days, René worked for a small Riojan winery introducing its wines to the European market. I was a restless and young person with the (logical) desire to forge an attractive future for my family and myself, and as a journalist I worked in radio media in Tarragona and in the written press in Barcelona.

During these first years of reunion, from time to time, the two families -with their respective children still very young-, spent the weekends in a farm that René and Isabelle had bought in Gratallops. We were very young, with many illusions and, often, we talked about what we would like for our future. Thus we weaved what would become our wine and life project and we decided to launch it together. That's how it all started, and that's how, hand in hand with René, Mariona and I, we began to know something about great wines and how the “Los Nuevos Priorat” project was born, which would take us years to carry out and during which different people from different European countries joined.

Q:If there is something that stands out in your wines, it is their incredible aging potential. What do you consider to be the keys for a wine to age well and what makes Clos de l'Obac wines so long-lived?

A:To be able to make a great wine for aging, you have to start from a great fruit and put all five senses into the entire process that goes from the vineyard to bottling, through production and aging. In Priorat you are facing a very special slate terroir, a very complicated orography and a difficult climate. All of this leads to low yields that in this DO have always produced highly concentrated wines, highly structured and with a unique personality and, as a consequence, with great aging potential. From then on, the secret was to make impeccable elaborations through obsessive neatness during the processes that go from the vineyard to bottling - going through tillage, elaboration and aging - preventing any external agent from altering or damaging the final product, that is, the bottled wine and its potential longevity.

Q:Speaking about aging, what do you think is the best time to enjoy your wines and what are the great Costes del Siurana vintages for you?

A:This is an exciting question for us. Our winery is unique in the world in the sense that its wines (Clos de l'Obac, Dolç de l'Obac, Miserere and Kyrie) are based on four different "fixed coupages" that are repeated, harvest after harvest, as soon as always produce from the same vineyards, the same grape varieties and the same percentages of each variety, which means that each vintage is subtly different because it is a reflection of its climatic variations. Thus, it may happen that the wine from a younger vintage begins to be extraordinary before that of an older one, since it is the climate of each vintage that will define the "momentum" to uncork the bottle, understood as the harmony between acidity, sugars, and balance of the whole in the mouth.

Q:What do you think of the new classifications applied in Priorat, which allow its wines to be distinguished according to the town or plot from which they come?

Q:What do you think is the future for DO Priorat?

A:If the wine regions are known and valued for the quality of their wines, the climate and terroir of Priorat have already shown what it can offer in terms of the world's great wines; now everything depends on the effort, honesty and professionalism of the producers of this DO. But in general I see a great future for him.

Q:We did not want to end the interview without talking about your son Guillem, we know that he has been working and training for years to take over the reins of the winery. How do you see the coming years of Costers del Siurana with Guillem at the helm?

A:Well, in fact, right now, together with his mother, Mariona Jarque, who is one of the four winemakers at the winery, he is handling the matter in an excellent way. In a broad sense, it is he who is in charge of Clos de l'Obac, contributing to the modernization of the conceptus, that is: design, construction, image and symbol, which in their day made the four Clos de l'Obac wines and the Priorat a benchmark of quality in the international market.